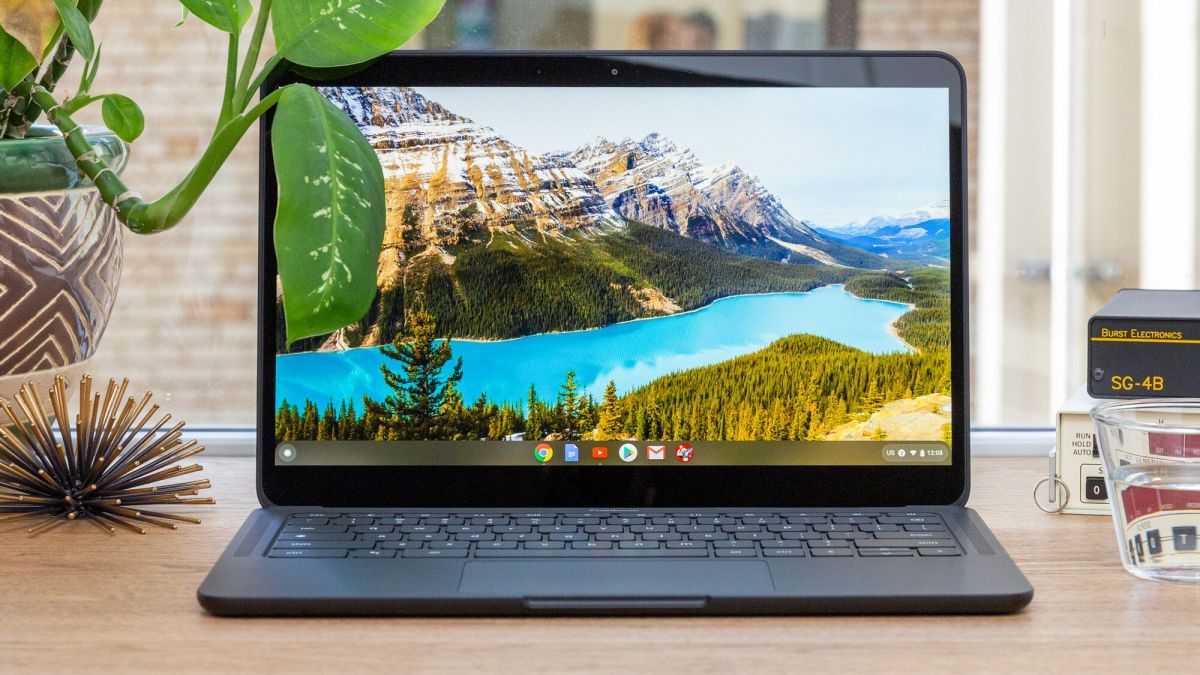 At first glance, the Chromebook may seem like a rather strange device: it looks like a notebook, but has no more memory than a regular smartphone. The operating system is also not very clear and differs from the usual Windows. Therefore, within this article, let’s analyze in more detail the purpose of the Chromebook and its difference from the laptop.

Chromebook – what is it

The very name of the device in users evokes an association with the popular browser Google Chrome. And it is quite correct, since the Chromebook is the result of a Google initiative. It owns not only the browser, but also a huge number of Internet platforms and the frequently used operating system Android. Even during the development of Android manufacturers thought about creating an OS for laptops, so that it works efficiently and easily on the “iron” of the entry-level, including from smartphones, and had the ability to run applications via Internet access. It was first announced in July 2009 and was called Chrome OS.

Operating Chrome OS is quite possible on devices not of high performance level, equipped with budget power-efficient platforms and having a small final cost. At the same time, the provision of battery life should be much better. That’s why the Chromebook compact devices were mass-produced in 2011 in conjunction with computer hardware companies.

The Chromebook is a small subnotebook that has the characteristics of a typical entry- or mid-range notebook and runs its own operating system, Chrome OS. The peculiarity of this system is that most data isn’t stored locally, but is based on Google servers. This explains the small amount of permanent memory of Chromebooks.

Often such devices are equipped with a touch screen. Mainly in order to work with Android applications, which previously appeared in Chrome OS.

Features of using a Chromebook

The main purpose of the Chromebook is to be used for working with web services by connecting to them via the local network through the Google Chrome browser. Accordingly, installing the necessary applications on the device itself may not be required, because everything necessary for their use is loaded independently on the Internet connection. A small part is cached on the internal drive, which is necessary for quick restart. Similarly, web pages in Google Chrome are cached.

The same is true for user data. It is stored in the cloud by default and can be downloaded or uploaded from there as needed. Media files and documents when using a Chromebook are based in Google Drive. It is linked to your Google account, and if you stop using your Chromebook, you can access the information from any other device by connecting it to the Internet. You only need to authorize your account on the selected computer or smartphone.

It should be noted that initially Chrome OS planned to work in online mode. But later the developers have made it possible to install on devices standard Android applications, working fully and off-line. In addition, allowed to save user information locally, if necessary. But this happens very rarely, because with an SSD of 32GB does not make sense. There may simply not be enough space for applications and there will be a need to find an additional solution in order to have enough storage space for all the data.

The Chrome OS on which Chromebooks run has some interesting options. One of them is the file manager and the app launcher, which does not require downloading. And although at first glance this may seem like a limitation, in practice most popular applications already have their own web versions (Netflix, Spotify, Evernote, etc.). Working with them means spending a long time in the browser, and the Chromebook is the perfect solution for that. All you need is a network connection. And the work will be done as usual.

Note that the Chromebook supports Linux software. So if the need for desktop applications arises, you can install Linux which is ideal for this purpose. It has versions of OBS Studio, GIMP, Audacity, Steam, FireFox and many others. But before you do so, check the developer’s website to make sure that the application has a Linux version and that it is safe to work with.

There are also some options for gamers to use the Chromebook for their own purposes. For example, the ability to install Android games on the device and subscribe to a streaming service like Stadia from Google. But for the most part, the gamer’s options are of course limited.

Differences between Chromebooks and laptops:

Chromebooks have a number of distinctive features in their application:

Of course, all of the above defines the advantages of using Chromebooks and distinguishes them from standard laptops. But the latter also have their own significant advantages. For example, heavy video and photo processing programs used on laptops are not available on Chromebooks. As well as resource-intensive gaming applications. Moreover, you won’t be able to work on Chromebooks without internet connection. Therefore, to fully replace the performance notebook Chromebook is not able, even despite the comparative smooth speed of operation.

Thus, if all user’s activities are limited to working with electronic documents, e-mail correspondence and access to online applications – Chromebook is an excellent alternative to standard laptops and can fully replace it for these tasks.